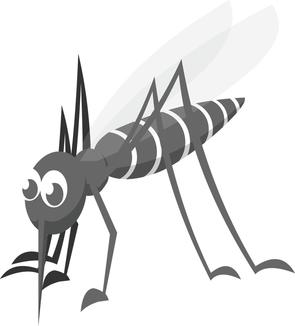 It has been claimed that mosquitoes have 47 teeth.  Let's set the record straight here at Weird Dental Facts:  In actual fact, they do not!

Now, while you may possibly be relieved to know that mosquitoes don't have teeth, unfortunately, that doesn’t prevent those pesky buggers from biting you.

A mosquito has a proboscis: an elongated sucking mouthpart that is typically tubular and flexible.

A mosquito’s proboscis has 47 sharp edges on its tip to help it cut through skin and which can even pierce protective layers of clothing. There is no need for mosquitoes to have any teeth, because they do not digest food in the same way people would. Mosquitoes feed on liquids, such as blood, not solid food.

And, by the way, only female mosquitos bite. Plus, they are the ones that make that annoying buzzing sound. If you think about it, it makes sense for female mosquitoes to have a proboscis with hooks, or the mosquito version of ‘having teeth’, because it helps them to hang on to their food source.

And just maybe, this is where the rumor of “mosquito teeth” comes from. Unlike human teeth, though, these sharp edges aren’t used to chew food--since blood is already in liquid form. The sharp edges are simply used to cut through skin. The pain you feel the moment a mosquito “bites” you is therefore not from the mosquito taking an actual bite out of your skin, but instead the pain from the initial stab of sticking her proboscis into you.